Asking for a promotion is a critical skill to learn if you want to advance in your career. But in my experience, many sales professionals do this in exactly the wrong way. If you really want that promotion, you need to think more systematically.

Here’s how I recommend asking for a promotion:

Most people think of getting a promotion from their own perspective. It’s understandable: You want higher pay, more prestige, and greater responsibilities. But your company isn’t just in the business of making you happy. When it comes to promotion decisions, companies care about three things:

While your company does care about your job satisfaction, they’re highly unlikely to give you a promotion just because you want it. Instead, you’ll need to show your supervisor why the promotion is in the best interests of the company and/or its clients.

In other words, promotions aren’t just about you. This basic principal should frame the way you think and talk about getting a promotion.

2. Identify a need at the company.

When you ask for a promotion, you can’t just think about what you want to do. Consider: Does the company really need someone in this role? Even if you’d be great at something, you’re unlikely to get a position if the company just doesn’t need you there.

Before asking for a promotion, spend some time observing the company and what the greatest areas of needs are. If you can step in to fulfill a pressing need, you’ll show that you’re a team player who is paying attention to what’s going on within the organization.

I got my first major promotion when I worked at Groupon, which was then much smaller than it is today. I was one of only a few people on our restaurant sales team, but we were hiring quickly so I knew there would be a need for managers in the near future.

My manager was a VP who was also managing about 40 or 50 other people. I went to him and said, “It looks like we’re going to need a manager for the sales team soon and I think I should be that person. Here’s what I think the job is and why I’ll be good at it.”

He agreed with my description of the job, but correctly believed that I wasn’t yet ready for it. However, that wasn’t the end.

4. Develop the skills you need

After my manager told me I wasn’t ready I asked, “What do I need to do so I can get ready?”

I immediately threw myself into developing the skills I’d need to be a manager. We decided on a 90-day timeline for me, because by that point the sales team would have enough members for a manager.

The plan we developed was specific. We agreed on the accomplishments I needed to meet on the sales side and which skills I needed to develop on the leadership side. Every two weeks, we checked in to talk about my progression. I ended up getting that promotion.

My big take-away from this experience: Don’t give up if your manager says “no” to a request for a promotion. Find out what you need to do to get that “yes,” and develop a clear plan of action. Open up a dialogue up with your manager, because chances are they’re willing to put in effort into your development if you’re up for it.

You are going to have to work hard to develop skills. You may want to block off extra time for your career development.

Ask your supervisor for additional opportunities to prove your capabilities. If you want to be a manager, you need to spend most of your time crushing your numbers. But you might also ask your manager if you can mentor the next new hire. If you’re successful in mentoring one person, it shows you can probably manage a whole team, too.

The opportunities for promotion are there for you. But you have to think about it smartly and prove your worth to your company. 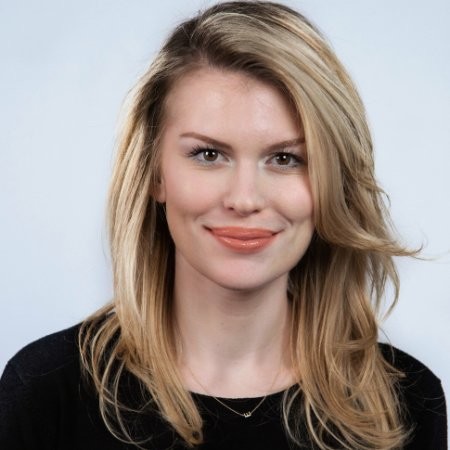 Liz Young is the Founder of Pump Women, transforming women’s careers and bank accounts through education for women, by women.