My first experience in selling something came when I decided to start a book club in second grade. Unsurprisingly, it didn’t go over well. A book club is too nerdy even for second graders. After that initial failure, I went home to my mom and told her that no one wanted to join. She said, “Let’s come up with a new idea. What value would the kids get out of joining your book club?”

She convinced me that if we made felt bookmarks more kids would get excited. I went back to school with my bookmarks, and sure enough, it caught everyone’s attention. That was my first lesson in sales: By figuring out what people are really interested in and providing value, you can succeed.

I’m now a COO. The basic sales skills I’ve learned, starting on that day in second grade, have been instrumental in getting me to this point.

How I Got into Sales

My father worked in sales, so I saw from an early age that sales is a dynamic and stimulating career. We always had his customers and colleagues over to our house, which gave me the chance to observe how they interacted and solved problems together. In college, my professors urged me towards graduate school or working at a nonprofit, but I knew from my earlier experiences that sales was what I wanted to do.

My first job was at IBM. When I was there, everyone went through a three-week sales skills training course. My boss called me in before I left for it and said, “This is going to change your life.”

I replied, “It’s just sales. I don’t think it’s going to change my life.” But he insisted that I was going to come back a different person.

Then I went to my training and found out he was absolutely right. That basic sales training taught me how to present myself and develop the confidence to talk to anyone. I am not naturally an extrovert, so for me figuring out how to go up to anyone and just start asking questions was a big deal.

No matter what you end up doing, basic sales skills are a foundation that serves you well in business and in life.

I’m a COO now, which superficially seems quite different from being an individual contributing sales representative. But in truth, as COO I am constantly drawing from my experiences as a frontline seller. In particular, the listening skills you learn when selling are critical for success in higher-level management.

As a salesperson and sales manager, I learned how to really listen to customers and figure out what they’re saying. That skill is going to make you successful as a general manager because you have to listen to your employees in the same way.

When you’re a general manager, it’s a huge advantage to have experience being the person who carried the bag and the person who knows what it takes to convince the customer to make a change. Understanding that on a fundamental level helps me to make better decisions as a COO.

Doing What Makes You Uncomfortable

On a more personal note, about six months into working with my personal trainer I looked at him one day and I said, “This is ridiculous! I’ve been working out with you for months and it’s still really hard!”

He said, “That’s the point. You can work out with me for years and it will still be really hard. What you’re not noticing is that I’m increasing the weights and number of repetitions. It’s always going to be hard, but you have to get comfortable with being uncomfortable. It needs to be your mental state.”

That is also true for salespeople. I’ve certainly found that putting myself in uncomfortable situations has been critical for my career growth. I always suggest putting yourself in those kinds of situations.

When I was with Marketo, where I worked for several years, I put together a proposal for the company to start a business in Japan. The board approved it, and my CEO then informed me that I was going to move to Japan. At first, I was really resistant to the idea and said no.

A month later, he called me from Japan and said, “I need you here.” I remembered what my trainer had said and realized that I had to go to Japan. I went there—and enjoyed it so much that leaving to come back to the US years later was incredibly difficult.

That was an eye-opening experience. You should put yourself in those situations where you think, “Oh my goodness, I don’t know about that.” Tell yourself, “I’ll figure it out.” 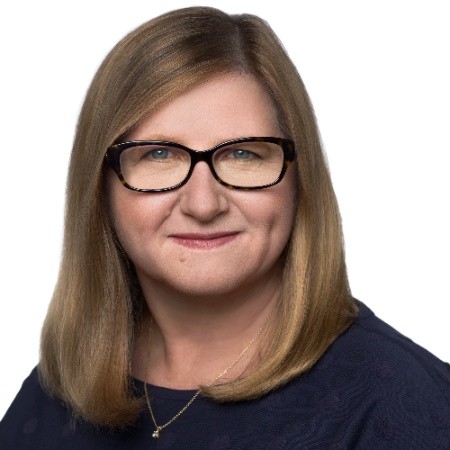 Amy Guarino is the Chief Operating Officer at Kyndi, a software company that helps enterprises transform regulated business processes by offering auditable AI systems. Formerly, she was Advisor at UserTesting.