There’s been a lot of talk lately about extreme ownership. So I’ve started asking myself, am I really owning this?

For me, a role model for total ownership was Shira Goodman, who served as CEO of Staples, where I spent the first eight years of my corporate career. Shira lived and breathed extreme ownership, from the boardroom all the way down to every retail store employee and field sales reps she spent time with. During business meetings she would let everyone what they were doing well and what they could work to improve – and she would also reflect on the same for herself and her leadership team.

She was deeply committed to the business and to every employee.  Over the course of my career, I’ve come up with several strategies for how I can exercise this principle in my own professional life:

1) Identify new opportunities by asking this question: who do I want to learn from?

At Staples I was able to try out many different roles. I identified opportunities I was interested in by focusing on who was leading a project or department. When I thought I could learn something from the leader and had something to offer their team, I would ask for the opportunity to move into a role with them.

I used a similar thought process to determine my career moves. When LogMeIn recruited me, after speaking with the head of sales, I realized that I wanted to learn from him. A few years after that, I had a similar epiphany when my new company, Carbon Black, recruited me.   I was drawn to the COO’s background and experiences and wanted to work with him and his team.

Ownership isn’t about knowing everything right away. It means taking proactive steps to learn new things by strategically identifying opportunities.

2) Deliver on what you’re supposed to be doing by making the most out of your abilities. By delivering, you will get those future opportunities.

The best way to get the next job is do a great job at the one you’re already doing.

In sales, you’re responsible for a number. You have to deliver it, period. People can be creative in how they deliver it, but it still needs to happen. I personally like contributing at a leadership level because you get to think strategically. Understand your strengths and use them to deliver your number.

3)Pay attention to the people who will be assuming your place when you move into new roles.

Taking ownership over your work also means training the people who are coming up behind you. Even while you’re seeking the next opportunity for yourself, identify people who would be good at your own job and offer them the guidance they need. Then, when you’re ready to move into a new position, you can recommend your backfill as a great candidate, and help to create a smooth transition.  This is a great way to show that you’re truly ready for a new responsibility.

4) Make sure that someone outside of your immediate management chain knows your career aspirations.

To really own your goals, you can’t be the only person who knows about them. I often advise people to let other people know about their long-term career aspirations, and not just someone in their direct management chain. Explain your goals to a mentor in HR, Marketing, Product, or another function, as they may be in strategic meetings where they can be an advocate for you if new roles and opportunities are discussed.

5) If you’re interested in management, seek team leadership positions to try it out.

The most important thing for sales professionals to do is to deliver their number. But for people who also want to try out management, the team lead position is a great way to test leadership capabilities and confirm it’s the path for you. LogMeIn has a very strong Team Lead program.  I am implementing something similar at Carbon Black now.

For some people it’s a building block into management, while others figure out they don’t actually want to go into management. Either way, it’s a great way to maintain ownership over your current quota while slowly assuming new responsibilities.

6) Seek feedback proactively when you’re seeking a new position, or after moving into a new one.

Ownership means that you’re always looking for constructive feedback, even when it’s not time for an official evaluation. I’m a big fan of using SurveyMonkey to send out short, three-question surveys. Send it out to five or six different people and ask them to give anonymous feedback. It is very easy for people to do and can really help you learn new things about yourself.

7) Ask for help when necessary—but show that you’re incorporating the feedback.

Some people might think that total ownership means trying to learn everything yourself, but I don’t agree. Now that I’m in a new job, I’m working through a targeted list of people and am asking for help as I onboard.

Be strategic in asking for really fast mentorship. Then, show that you’re worth the investment by using what you’ve learned to perform better in your position. That’s ownership. 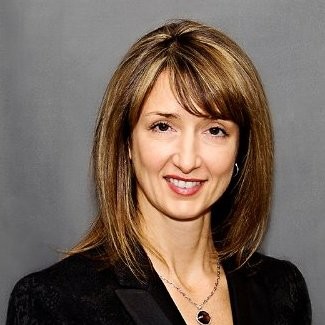 Amy is the SVP Global Inside Sales at Carbon Black, a cybersecurity company that develops endpoint security software that detects malicious behavior and prevents malicious files from attacking an organization. Previously, she was the VP of Sales at LogMeIn.